At one of the better colleges in India's capital, there is just one large room for 140 faculty members to sit and have a cup of tea or grade papers. "If even half show up, there aren't enough chairs," said Amin, a history professor there. "There is no other place to work. In this situation, how do you expect teachers to work?"

The lack of amenities for faculty members is not the only issue. After 30 years at Mary College, which is one of dozens administered by the University of Delhi, Ms. Amin makes the equivalent of $22,000 a year - less than half of what some of her better students will make in their first jobs. New opportunities offer not just more money for graduates but also mobility and flexibility, which are virtually unheard of for faculty at most of India's colleges and universities.

Experts say this is the clearest sign that India will fail to meet the goal set by the education minister, who has pledged to more than double the size of the country's higher education system by 2020. They say that while the ambition is laudable, the absence of a long-term strategy to develop faculty will ensure that India's education dream remains just that.

Mr. Balakrishnan of Indian institute of technology in Delhi, meanwhile, was more optimistic. He felt India could enroll as much as 25 percent of eligible students in colleges and universities - about twice the current figure - by the end of this decade. "Tangible changes are happening," he said. "The debate that has happened in the last few years has taken people out of their comfort zones. There is more consensus across the board that we need to scale quality education."

Near Cambodia's Temple Ruins, a Devotion to Learning

Millions of tourists come here every year to visit the ancient ruins of Angkor Wat, an influx that has helped transform what once resembled a small, laid-back village into a thriving and cosmopolitan town with thumping nightlife and more than 10,000 hotel rooms.

But the explosion of the tourism industry here has also done something less predictable. Siem Reap, which had no universities a decade ago, is now Cambodia’s second-largest hub for higher education, after the capital, Phnom Penh. The sons and daughters of impoverished rice farmers flock here to work as tour guides, receptionists, bartenders and waitresses.

When their shifts are over, they study finance, English and accounting.“ The establishment of five private universities here is helping to transform the work force in this part of Cambodia.Employers say that English proficiency is rising and that workers who attend universities stand out for their ability to express themselves and make decisions.

A generation of students who would otherwise have had little hope to study beyond high school are enduring grueling schedules to get a degree and pursue their dreams.Khim Borin, a 26-year-old tour guide by day and law student by night, says he wants to become a lawyer. But he sometimes has trouble staying awake in class during the high tourist season, when he spends hours scaling vertiginous temple steps and baking in the tropical sun. There was no master help plan worIk and life. It was driven largely by supply and demand: universities opened to cater to the dreams of Cambodia’s youth.

After graduation, students who work and study at the same time often have an edge over fresh graduates who have never worked before, for whom starting a career can be difficult, Ms. Chan and others say. University students are “more communicative,” she said. “If they don’t like something, they speak out.” Ms. Chan and others say they are lucky that Angkor’s temples have proved so popular with tourists. If it were not for the sandstone structures nestled in the jungles, Siem Reap would probably have remained a backwater. Last year, 3.3 million tourists visited Siem Reap, half of them foreigners, according to the Cambodian Ministry of Tourism.

More than two millennia ago the diligent and courageous people of Eurasia explored and opened up several routes of trade and cultural exchanges that linked the major civilizations of Asia, Europe and Africa, collectively called the Silk Road by later generations.

For thousands of years, the Silk Road Spirit - "peace and cooperation, openness and inclusiveness, mutual learning and mutual benefit" - has been passed from generation to generation, promoted the progress of human civilization, and contributed greatly to the prosperity and development of the countries along the Silk Road. Symbolizing communication and cooperation between the East and the West, the Silk Road Spirit is a historic and cultural heritage shared by all countries around the world.

The Belt and Road Initiative is a systematic project, which should be jointly built through consultation to meet the interests of all, and efforts should be made to integrate the development strategies of the countries along the Belt and Road. The Chinese government has drafted and published the Vision and Actions on Jointly Building Silk Road Economic Belt and 21st-Century Maritime Silk Road to promote the implementation of the Initiative, instill vigor and vitality into the ancient Silk Road, connect Asian, European and African countries more closely and promote mutually beneficial cooperation to a new high and in new forms.

The Belt and Road Initiative aims to promote the connectivity of Asian, European and African continents and their adjacent seas, establish and strengthen partnerships among the countries along the Belt and Road, set up all-dimensional, multitiered and composite connectivity networks, and realize diversified, independent, balanced and sustainable development in these countries. The connectivity projects of the Initiative will help align and coordinate the development strategies of the countries along the Belt and Road, tap market potential in this region, promote investment and consumption, create demands and job opportunities, enhance people-to-people and cultural exchanges, and mutual learning among the peoples of the relevant countries, and enable them to understand, trust and respect each other and live in harmony, peace and prosperity.

Investment in infrastructure is key to countries to follow through this transition. However, countries have to step up their efforts in productivity promotion, meaning that it’s half to make sure the good use of input instead of only focusing the amount of input. For the past 10 years productivity growth accounted for 30% of economic growth. Innovation is what needs to be promoted together with high-quality infrastructure as well as human capital. Innovation is getting more and more important as a country develops its economy. It helps with creating new products and more values in products, in turn will even further economic development and increase wage level.

Higher quality of human capital means more scaled and more knowledgeable work force, which is the foundation of any economy. Enhancing the quality of human capital is going to boost growth and equity. A recent study has shown that 20% increase in human capital investment will lead to 3% of productivity growth and narrowing the income gap by 4%. Workers in middle income countries have an average of six years of schooling. That is why countries need to close such gap compared to 10 years of average schooling in high income countries. Quality of education is even more crucial. In math and science subjects 15 year old students in high income countries are doing much better than those in middle income countries. Students with strong abilities in reading writing and problem-solving are more likely to become the future innovators. Sorry also shows a direct relation between investments made in education and growth in GDP.

Different countries prioritize different infrastructure. Low income countries often need to meet the basic needs such as water supply public health and transportation. Once countries develop even further they won’t need to focus on electricity and IT infrastructure. IT is a key driver to innovation because it helps create and spread knowledge. Middle income countries with more Internet users are more innovative than those without the internet. Increasing investment in IT is going to boost innovation and productivity.

To encourage innovation and entrepreneurship, countries have to step up efforts in intellectual property protection as well as the rule of law, increased financing and created equal policies to boost competition. According to estimation, about US$26 trillion will be spent from 2016 to 2030 on infrastructure investment, in order to lower the impact of climate change. To meet this need, Asian countries need to carry out tax reform, change their economic structure and borrow prudently. But they tend to face a founding shortage anyway. That is why Asian countries have to attract more private investment and build a better investment environment - working with private investors and offer a higher return. To conclude, I believe Asian countries have come so far so quickly, The promotion of human capital to achieve sustained growth can be done. That is going to be the natural next step for us.

Today I would like to talk about technology and where technology is going. The major trend for technology is that it is getting smarter and smarter, which I call artificial intelligence, AI. The use of AI includes robots that are going to undertake a lot of the tasks that human used to do. It is going to redefine jobs and create more tasks that we had no idea exist. This is going to bring drastic changes to society for the next 20 years.

Of course we already have AI right now and they are working at the back offices. AIs   have eyes in the hospital diagnosing X-rays better than human doctors. AIs have eyes at the back offices of law firms processing legal evidence better than human lawyers. For pilots they only work for 7 to 8 minutes when flying a plane because AI is doing the rest of the work. We also have Amazon and Alibaba that provide smart recommendations with AIs at the back offices. AlphaGo also defeated the world’s Go champion. When we play video games we are playing against AIs. Now what Google is doing is trying to teach AIs how to play video games. And with such learning mechanisms, AI was getting smarter and smarter.

There are two aspects that is not truly appreciated by humans. The first is that humans do not really understand the concept of intelligence. Humans tend to have the single dimensional understanding, thinking that IQ is the only way of showing intelligence. For example a rat is the least smart, a monkey is better. Then an average person such as me as smarter than a monkey but not smarter than a genius. Such understanding of intelligence is completely wrong. Human intelligence is like a symphony, in fact, it’s like different instruments playing together.

Secondly, AI was the technology leading the second industrial revolution. First industrial revolution relied on artificial force.  Before the agricultural revolution, all work was done by human muscle or animal force. It is extremely important that during the first agriculture revolution we utilized steam and fossil fuels to power productivity. That is why when we drive a car today it is using the force of 2500 horses, that is, 2500 horse power. Artificial force is what helps us to build sky scrapers and produce massive products in factories that cannot be done by humans.

Artificial forces can also go through wires and grid, Connecting homes, factories, and farmlands, that is offered to everyone to buy. And the smartness of artificial intelligence is multiplied by 1 million times powers the Second Industrial Revolution. That is why the cars on the highway with 2500 horsepower is going to be automated in the future. And AI will be developed, just as electricity to the grid, on the cloud. 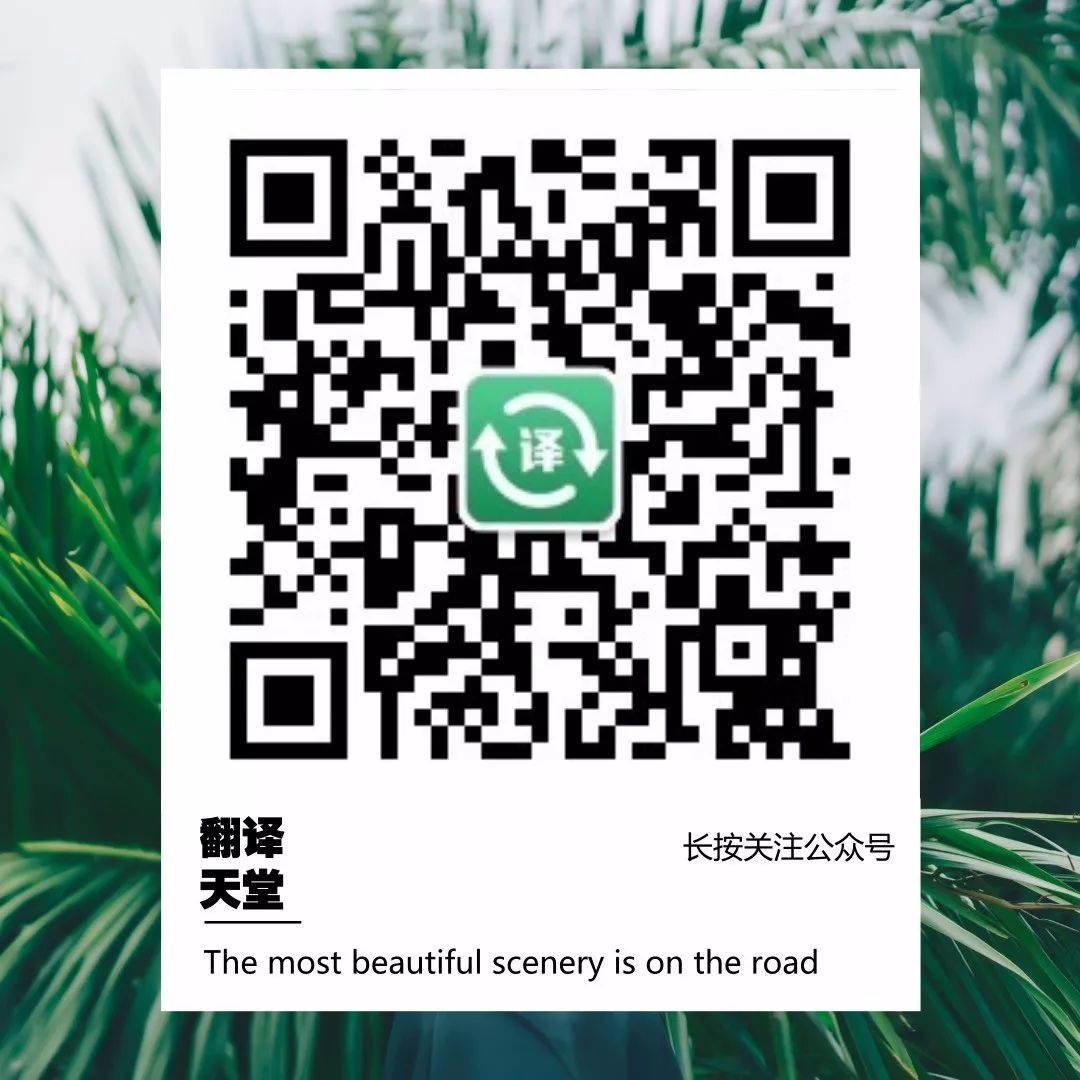