神奇植物在哪裏：當端午節遇上“本草綱目” | Fantastic plants and where to find them 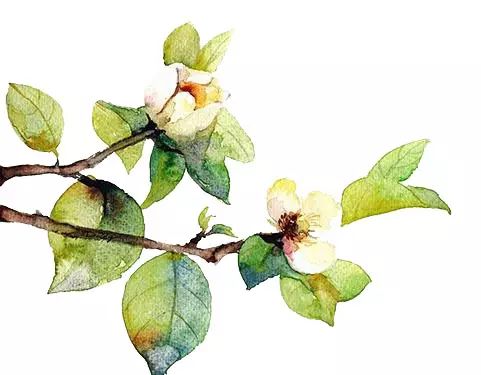 While most people now regard Dragon Boat Festival (duanwu, 端午節) -- May 28 to 30 this year -- as a holiday for racing on the water or tasting sticky rice dumplings (zongzi, 粽子), few know it used to mark a wicked, taboo day.

Based on the traditional Chinese lunar calendar, the festival falls on the fifth day of the fifth month, when summer solstice accompanied by soaring temperatures is believed to bring alive vicious animals and diseases.

With limited scientific or medical knowledge, Chinese ancestors turned to vegetation for help. They believed that certain plants possessed magical powers to drive away devils and illnesses.

They hung leaves of mugwort and calamus above doors, wrapped pomegranate flowers around children’s foreheads, carried angelica perfumed fragrant pouches, and bathed in herbal spas to purify their spirit.

Superstition? Perhaps. But, surprisingly, the customs do have some scientific support. Below we’ve compiled the four most fantastic plants closely associated with the festival.

(Note: The four plants were all recorded in Compendium of Materia Medica, a comprehensive Chinese herbology record epitomizing Traditional Chinese Medicine and treatments.) 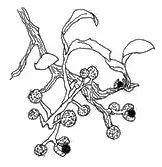 ~native to China, Japan, Korea and parts of Russia 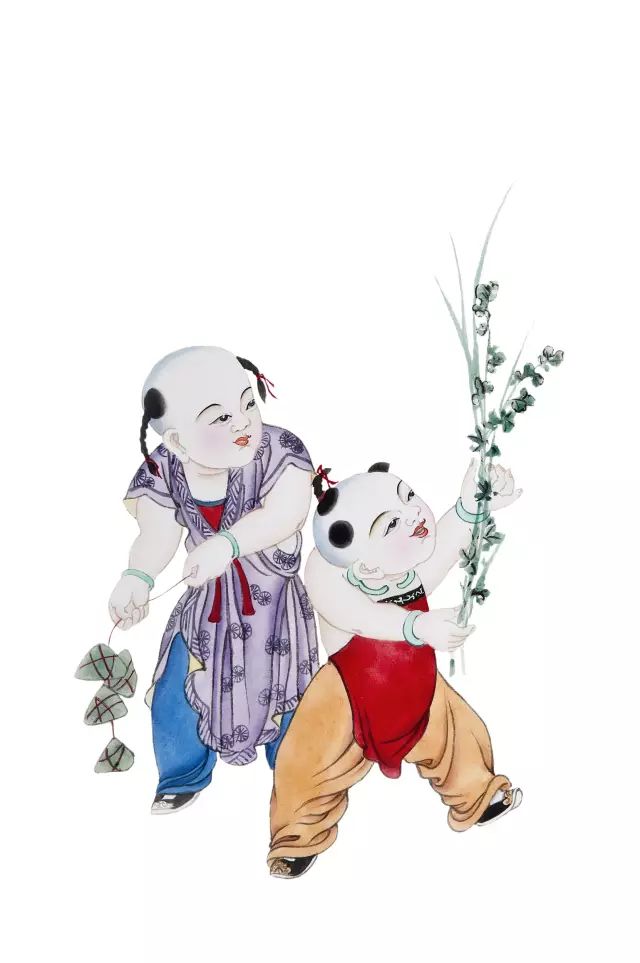 Among all the magical plants associated with Dragon Boat Festival, mugwort is the most versatile in terms of its usage. During the festival, leaves of the herb were hung above doors, kept as charms, worn as flower corollas — and steamed to repel insects. Our ancestors believed that the strong aroma of mugwort could ward off evil spirits and prevent plagues

Mugwort is indeed a medicinal herb, still widely used today in Traditional Chinese Medicine. The herbaceous perennial has bitter and pungent properties, and is associated with the liver, spleen and kidney meridians.

In addition, mugwort is used in moxibustion, a heat therapy in which the herb is burned in cones, sticks or on tips of acupuncture needles to stimulate blood circulation and to ease nerve tension. 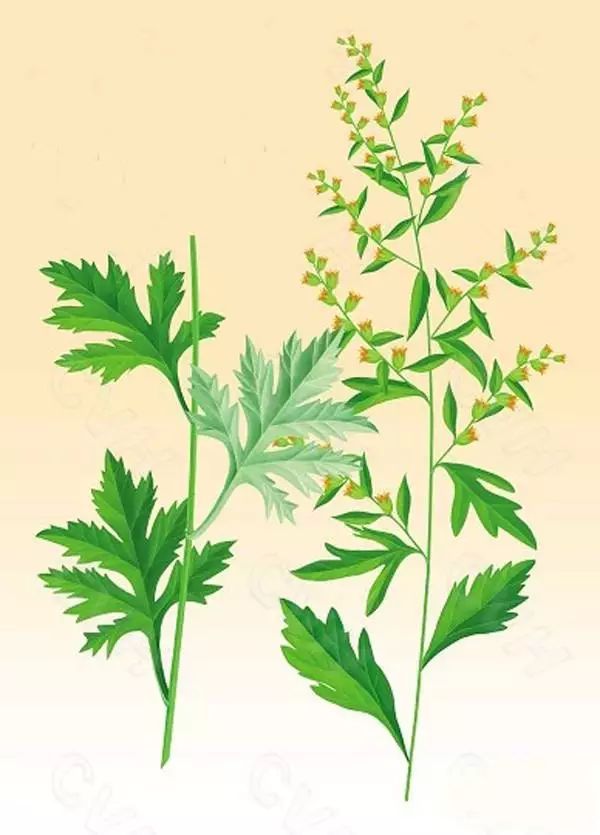 In rural areas, where mugwort can be harvested, people still hang the plant on their doors when Dragon Boat Festival approaches. An innovative way to utilize the magical plant’s healing powers is to apply a mugwort moisturizing facemask to tame agitated skin and scare away spirits. 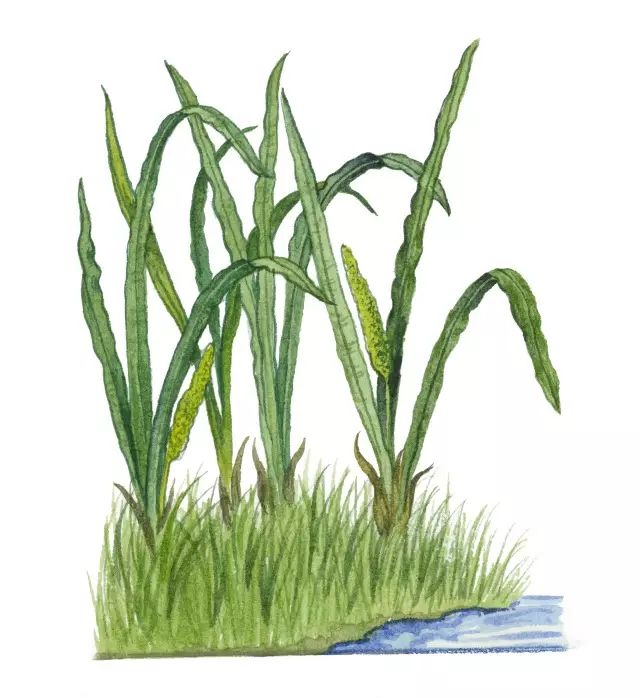 Calamus, a fantastic plant also monickered sweet flag, is traditionally as popular as mugwort during Dragon Boat Festival. An old Chinese saying has it that “calamus drives away evilness and brings in auspiciousness.” The perennial herb’s leaves are narrow, flat and tapered into acute points. Naturally, people associated the plant with swords and believed calamus possessed supernatural powers.

Calamus leaves were hung above doors and windows, burned to repel insects, and used to brew medicinal wine.

In TCM, calamus is regarded as having potent healing powers. It is widely employed for its sedative and antibacterial properties. The essential oil from calamus’ underground stem can be used to treat skin problems, while chewing the plant removes the smell of tobacco and acts a stimulant to increase sense of well-being. But the potent root can also be toxic, acting as a hallucinogen – it's banned from food products by the US Food and Drug Administration. 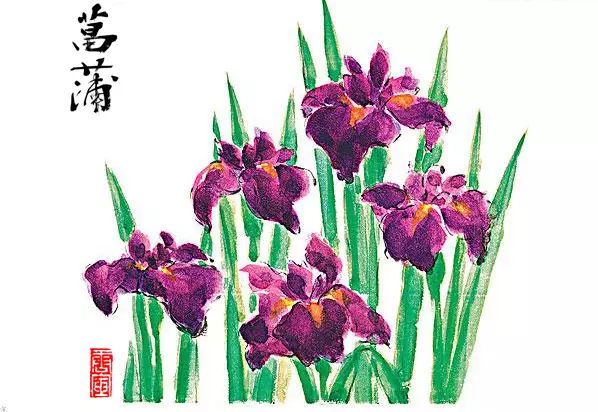 Calamus only grows near swamps, ponds and lakes, but urban dwellers in search of the fantastic plant will find abundant calamus in central China’s Chongqing Municipality. Grassland covering over 67 square kilometers is filled with plenty of the healing vegetation for them to munch and reminisce about the past. 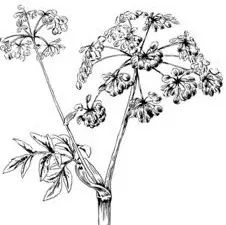 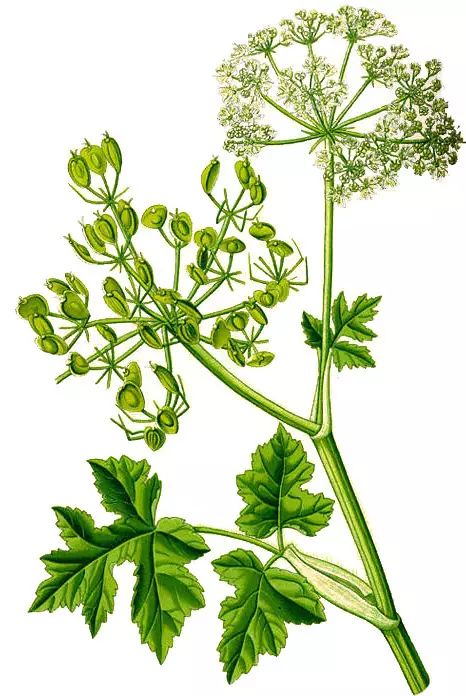 If hanging and burning plants only protected our ancestors at home, how could they escape evil when they left for work or ventured onto the streets? Well, they carried a fragrant pouch perfumed with spices and herbs. And the key ingredient of that pouch was angelica.

Not surprisingly, angelica is a medicinal herb. Dragon Boat Festival falls on summer solstice when hot weather historically led to loss of appetite, plague and insomnia. But angelica offers a helping hand, as its root acts as a defense against all three. In addition, when directly applied to the skin, the magical plant can ease nerve pain, joint pain and skin disorders. Plus, it has the potential to brighten skin tone — so the herb is widely used in cosmetic products. 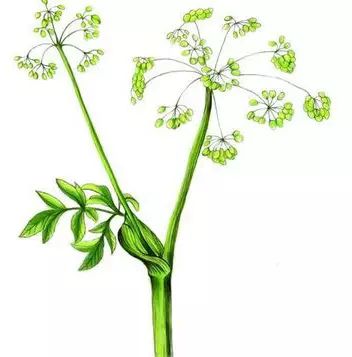 Fragrant pouches still serve as charms and insect repellents, but are more of a fashion accessory than a custom. Fragrant pouches made for Dragon Boat Festival also contain fantastic plants like lavender, mint, clove and mugwort. The strong aroma from the mix is sure to drive away even the most devilish insect. 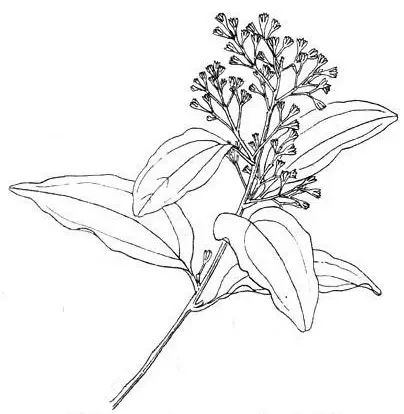 ~originated in the region of modern day Iran and Afghanistan

~brought to China via the ancient Silk Road 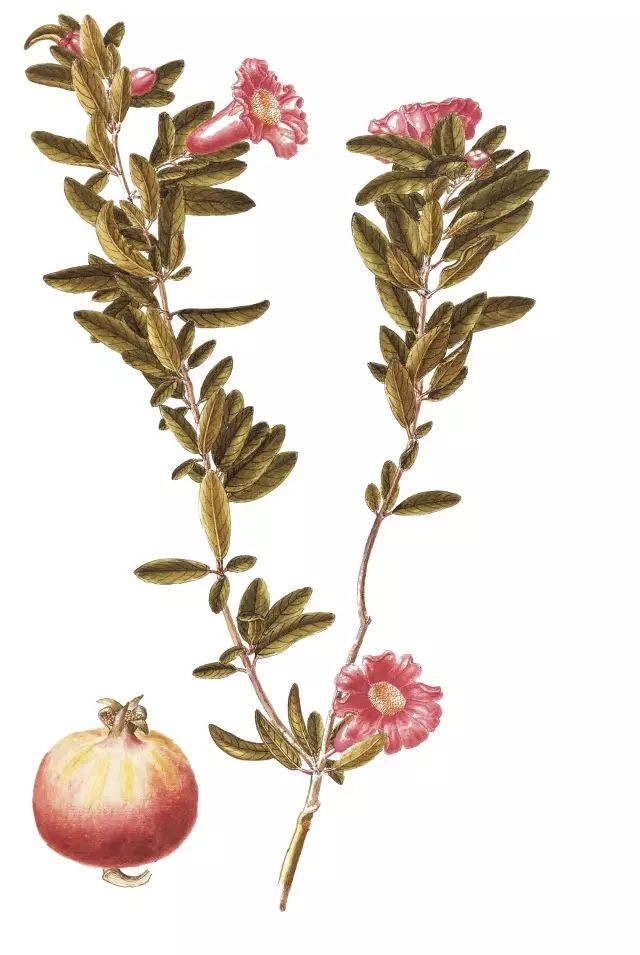 Generally, south China dwellers preferred hanging calamus above their doors, whereas folks in the north used mugwort to exorcise evil spirits. Some areas in China, however, opted for pomegranate flowers. In the fifth month of the lunar calendar, the scarlet flower was in full bloom, and its sumptuous redness was seen as a symbol of auspiciousness and luck. Women wore pomegranate flowers in their hair — both to brighten their style and ward off the twin foes of disease and wicked spirits.

Pomegranates are rich in vitamin C, minerals and antioxidants. The flower also possesses medicinal properties, used in TCM as an antidote and to stop bleeding. The herb targets kidneys and the spleen, but is also used to treat toothache and menstrual problems. 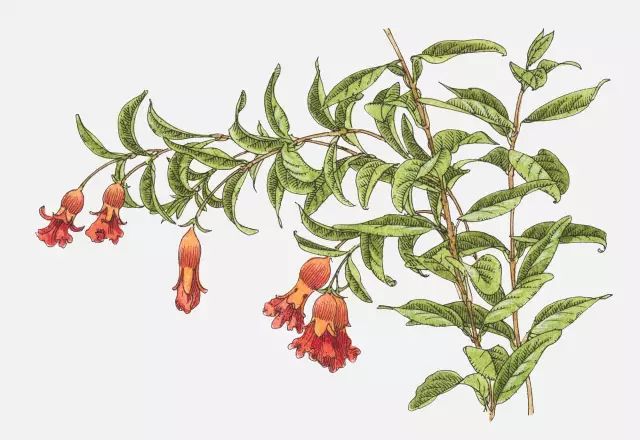 People living in northern China still sometimes wear pomegranate flowers, but mostly as headdresses for little girls. The festival is thus also known as “girls’ festival”, and the month of May has long been referred to as “pomegranate month.”

Let’s all admit that for us Muggles, it’s mission impossible to find fantastic beasts in our mundane daily lives. Healing herbs, on the other hand, are earthier. They may not collect shiny treasures for us, but they just might help ward off diseases and bad luck during this year's Dragon Boat Festival — and remind us of how our ancestors marked the day. 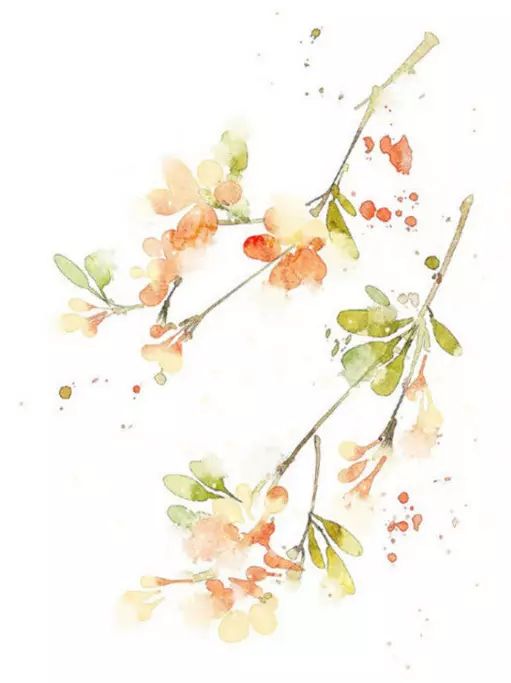 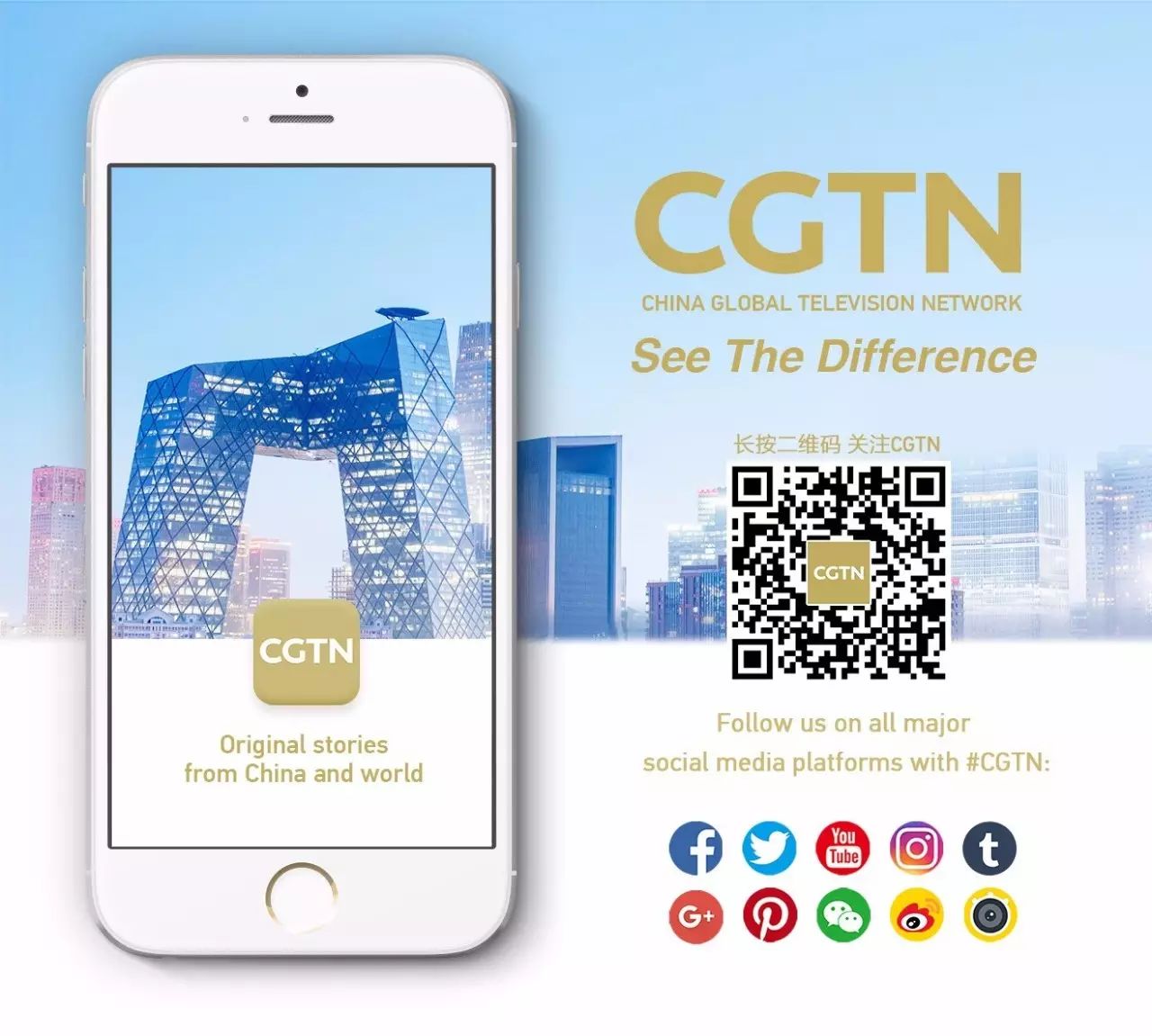